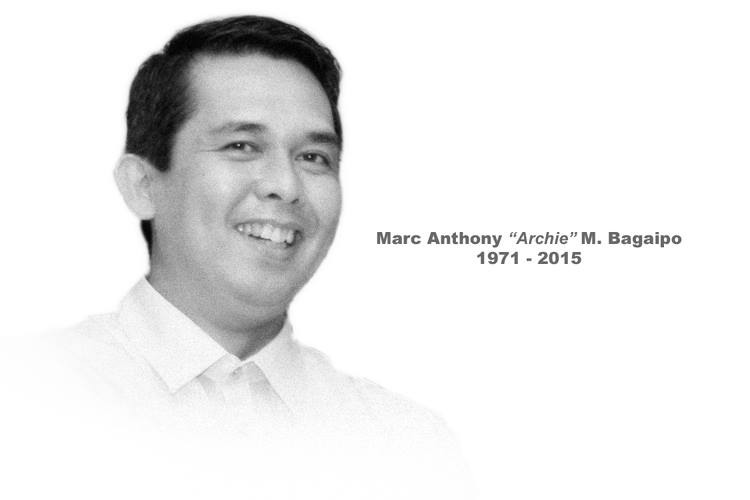 GINGOOG CITY, Misamis Oriental, Philippines —-A former City Councilor was shot by a lone assailant last night whilst attending a wake of a 73-year old retired Police Officer who was ill with diabetes at Talisay, here. Marc Anthony “Archie” Bagaipo, 43, married, an intelligent, soft-spoken, friendly and good-looking man with Spanish descent of renowned Pelaez and Micubo clans, was a mayoralty candidate, here in 2013 Elections, sustained multiple gunshot wounds on his forehead, left and right parts of his chest and abdomen (just like making a sign of a cross) from a .45 caliber pistol.

He was rushed to Cagayan de Oro City, 122 kilometers southwest from here for treatment, but died upon reaching the Municipality of Talisayan, Misamis Oriental. Police authorities are still facing a blank wall as to the motive of the killing and the identity of the suspect. It can be recalled that Bagaipo was attending a wake of retired Police Officer Bruno Condeza around 8:30 in the evening on April 1, 2015 when an unidentified assailant surprised him with a .45 caliber pistol poked on his body and immediately shot him several times in close range. The suspect ran to the national highway nearby. Some people attending the wake chased the culprit, but a few meters away, there was one motorcycle-riding accomplice waiting for him, so they fled away quickly to the direction of the city proper.

Meanwhile, one of the bereaved family members in the person of Atty. Caroline Cruz Sabio wrote in her Facebook page. She said: “My cousin former councillor MARK ANTHONY PELAEZ MICUBO BAGAIPO was fatally shot dead last night with 6 wounds in head and chest, after his usual round of visiting a wake in Gingoog City. Archie, as he was known, fought without fear the political giant, but lost the mayoralty race by slim margin in 2013 election. Leading in survey for the 2016 election, Archie may have lost the fight early but his causes had NOT. NANDITO pa kami to condemn those who killed him and give justice to the cause he started. I am raising fund, a guaranteed amount bigger than the bounty given by the government, and protect them under witness protection program to those who could help us point to the mastermind (though we were given the first clue). I sought help with the PNP crime lab and the coordination is starting. This is a start of a journey that will change the political landscape of Gingoog.”

On the other hand, Gingoog City Mayor Marie L. Guingona made the STATEMENT ON THE TRAGIC SLAYING OF FORMER COUNCILOR MARK BAGAIPO that says: “At around 8:30 last night, former City Councilor Mark “Archie” Bagaipo was fatally gunned down by two unidentified gunmen in Brgy. Talisay while attending the wake of the late Bruno Condeza, husband of Brgy. Capt. Alicia Condeza. The tragic incident unfortunately claimed the life of former Councilor Mark Bagaipo. I am very saddened and outraged by this injustice, a nonsensical waste of precious life. I, along with the City Councillors, strongly condemn this dastardly and atrocious barbaric act. This is not the first time that an attempt on the life of a public official, former or current, in our city has been made. Two years ago, criminal elements also tried to assassinate the former mayor of our city. These acts of senseless violence and murder should have no place in our community, and should be denounced by every decent Gingoognon. My family and I extend our condolences to the family of former Councilor Mark Bagaipo for this very tragic loss. And in behalf of the people of the city, we would like to express our gratitude for the years of valuable service given by former Councilor Mark Bagaipo to our city. As of this time, I have asked the assistance of our law enforcement agencies, and I have called on them to do everything under the law to solve this crime and all other killings in the city. No stone should be left unturned to solve these crimes. We have formed a 12-member Special Investigation Task Group ( 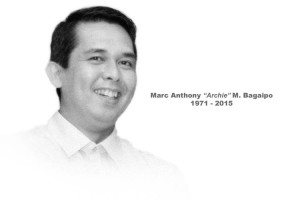 SITG) to investigate the slaying of former Councilor Mark Bagaipo, and also to resolve the other past killings.

The SITG is already operational and is headed by Police Senior Superintendent Aurelio Trampe Jr., who is also a lawyer, and Police Provincial Director Leonilo Cabug. Among its members are police officers from investigation, operation, intelligence, law and community relations departments, and CIDG and SOCO. Also, at our behest, the Philippine National Police is assigning an additional 10 police officers to our city to help us in this effort. However, the people of the city must also do their part. I therefore urge all Gingoognons to help our law enforcers in solving these crimes. Anyone who has any information must come forward and report to the law enforcers so that we can put an end to these murders and bring the perpetrators to justice.” 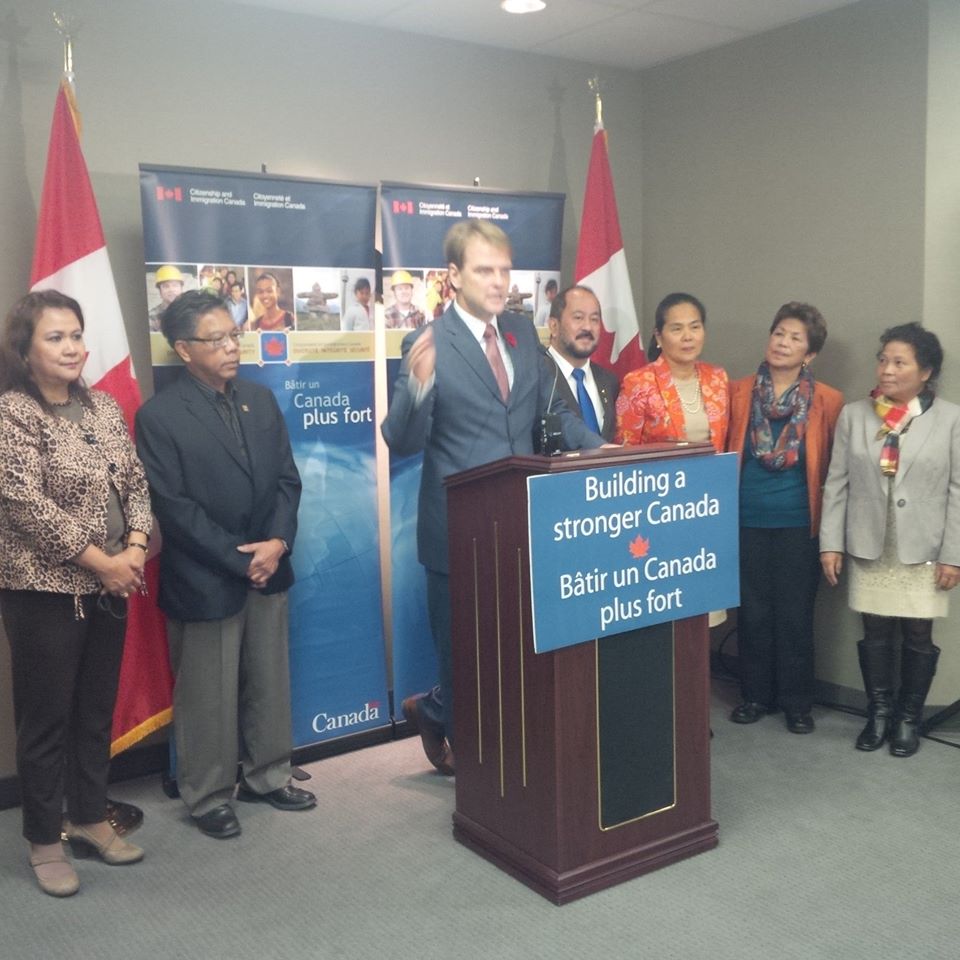 Government of Canada announces reforms to end the live-in requirement, reduce family separation and provide more options to caregivers in Canada October 31, 2014 — Ottawa — Canada’s Citizenship and Immigration Minister, Chris Alexander, announced significant reforms to the Caregiver Program that acknowledges the valuable contributions caregivers make to Canadian families and the economy. Changes to the program include ending the live-in requirement, and providing eligible caregivers with two pathways […]