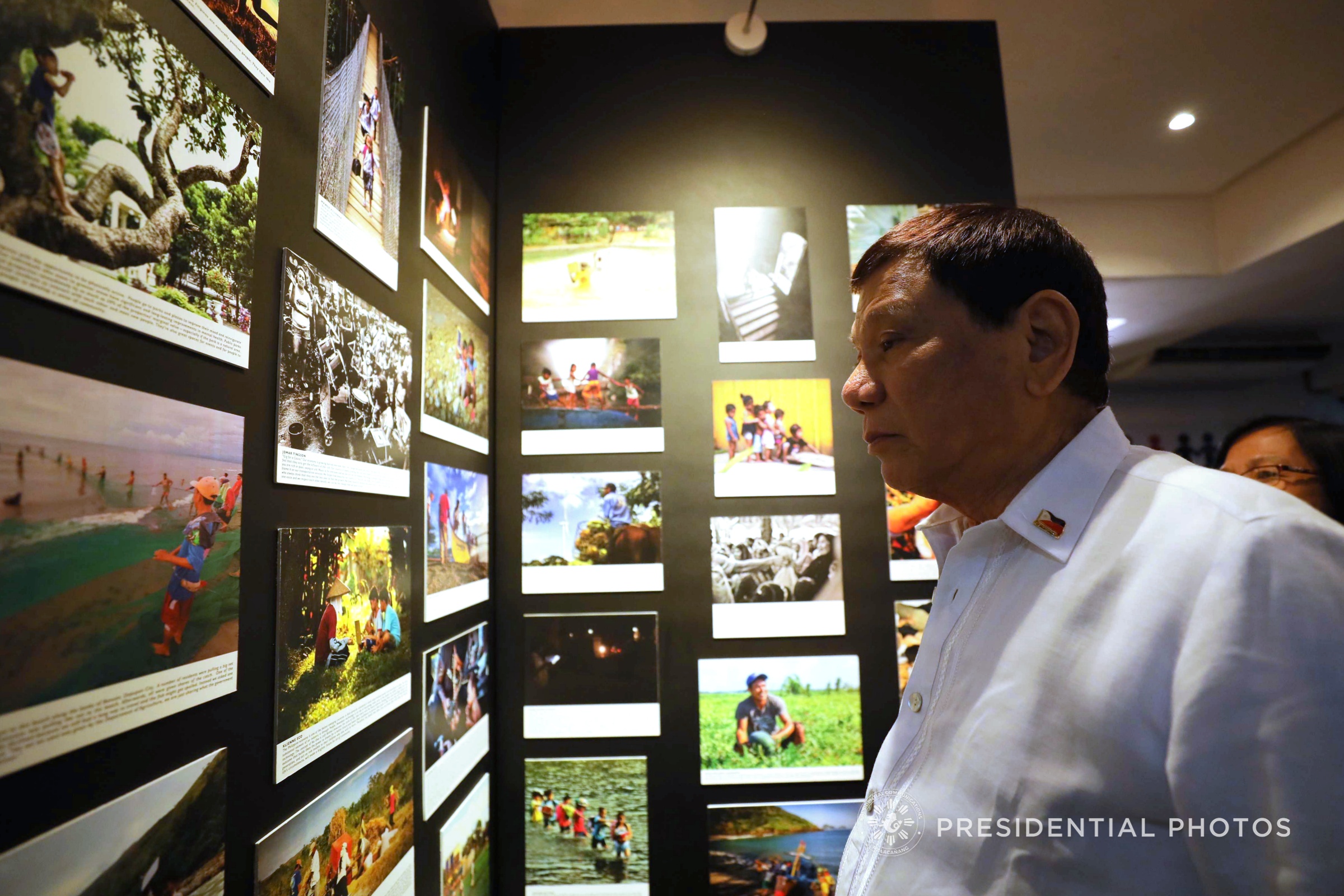 share close
email
President Rodrigo Roa Duterte on Tuesday, February 6, highlighted the crucial role of the National Economic Development Authority (NEDA) in making the Philippines an upper-middle economy by 2022.
The Chief Executive graced the 45th anniversary of the socioeconomic planning body at the NEDA Central Office in Pasig City.
In his speech, Duterte recognized the dedication and commitment of the hardworking men and women of NEDA in shaping the country’s socio-economic agenda in the past four decades.
The President said NEDA, which is the primary agency tasked to oversee the Philippine Development Plan ‎2017-2022, will play a crucial role in the medium-term vision of turning the Philippines into an upper-middle income economy by the year 2022.
Duterte said the vision is “quite ambitious” but expressed optimism at the same time.
“Quite ambitious… baka sakali lang. In the fullness of God’s time, baka makatsamba tayo,” he said.
“I am optimistic that we can achieve this goal because of the professionalism of our NEDA officials and personnel. Your accomplishments in the past year and a half speak a lot about your skill and competence to fulfill your mandate,” he added.
President Duterte cited some of the agency’s undertakings that uphold the integrity and efficiency of the national development agenda such as the streamlining of guidelines in the processing and approval of flagship projects; the creation of a task force to ensure their timely implementation, and the integration of 15 Regional Development Plans into the PDP.
“We will build on these gains by boosting development in the regions,” he said, adding that the government will create more jobs, improve social services, encourage innovation and connect the country to growth centers by aligning regional plans with the national development agenda.
[espro-slider id=2335]
“Indeed, we have a bright future ahead and I count on NEDA to never waver… in supporting government’s middle-term and long-term socio-economic agenda. Always uphold good governance in the civil service as you provide direction to the formulation of our economic policies,” he further said.
The President also called on NEDA to ensure that public interest remains at the heart of all government plans, programs and projects.
“With NEDA at the helm, I am confident that we can realize our vision of a prosperous Philippines by working together in laying a solid foundation for a stronger and more resilient nation,” he said.
Meanwhile, the President reminded all government officials to stay true to their oath in serving the people.
“No special significance is attached by just placing there officials of government. We are all workers of government and we work for the people,” he said.
He cited his instructions to Philippine National Police (PNP) Director General Ronald dela Rosa to place a notice in casinos that workers of government are not allowed inside.
“That is not my rule. That was the rule of Marcos which I think is appropriately also suited for all times,” he said.
“I expect everybody to just honor it. I said, it’s not my rule. It’s Marcos’ era. But it would be good as any other time to remind you that it does not look good,” he added. ### (PND) 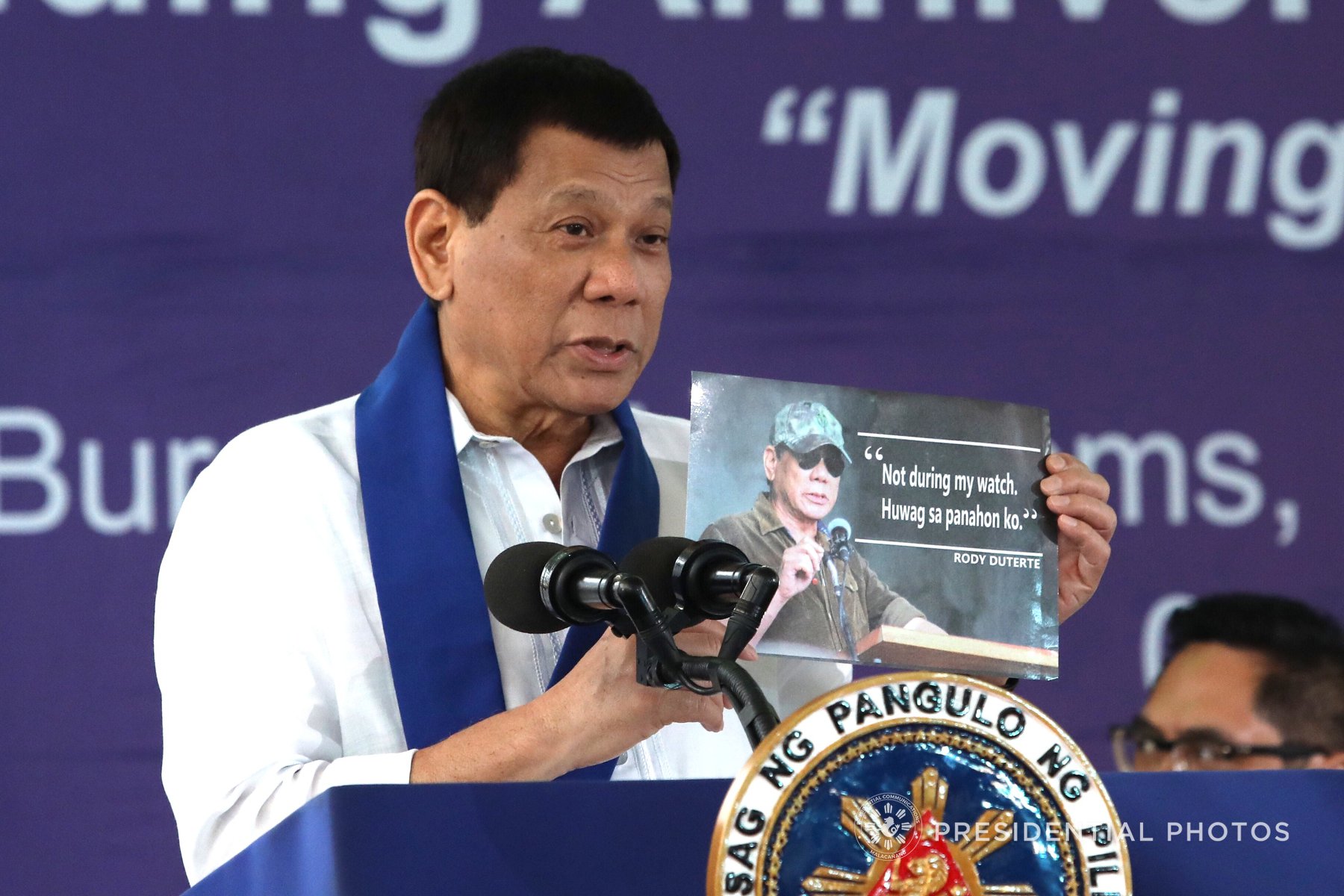