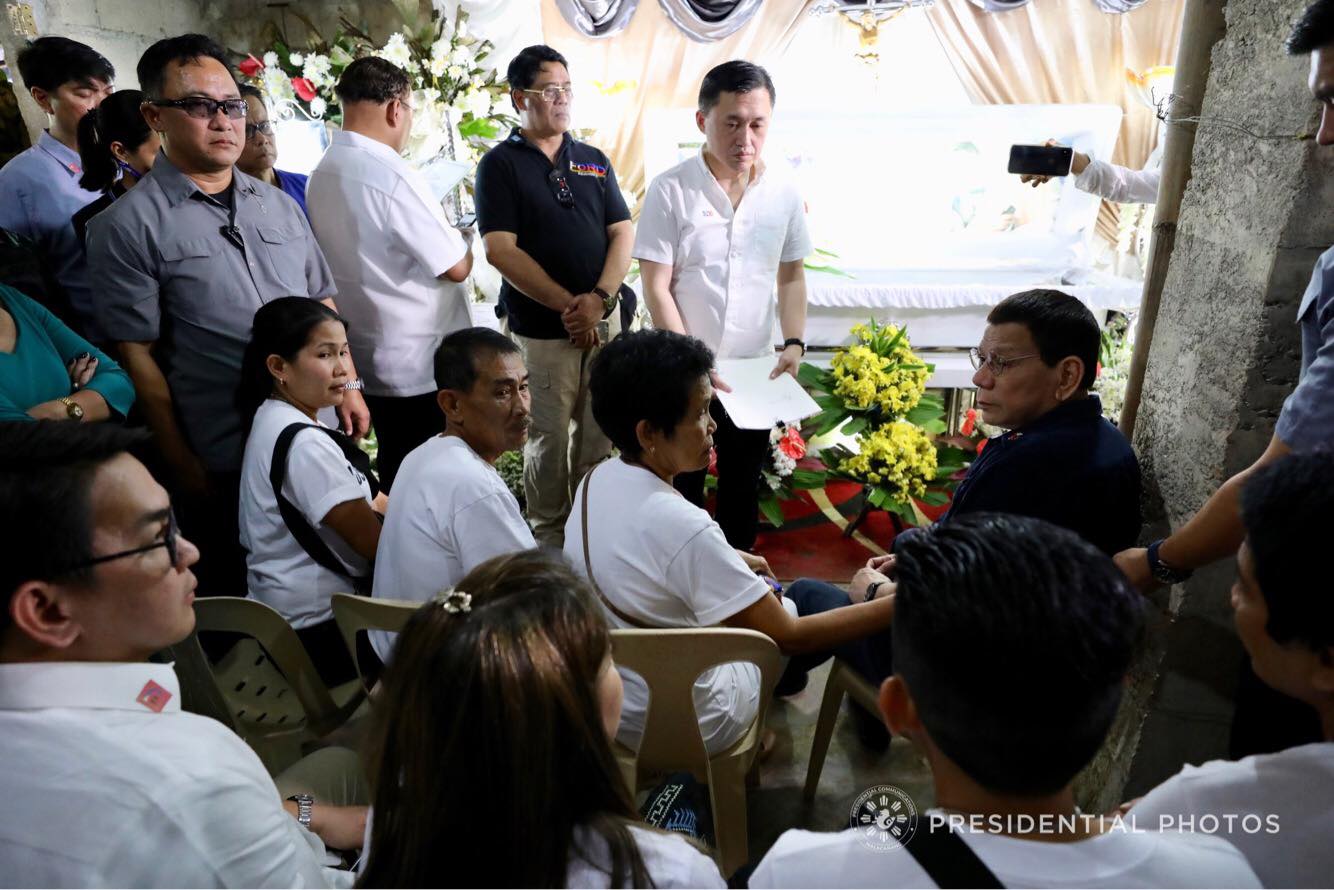 share close
email
SARA, Iloilo — President Rodrigo Duterte on Thursday, February 22, personally condoled with the family of Joanna Demafelis, the overseas Filipino worker (OFW) who was killed in Kuwait.
President Duterte visited the wake of Demafelis in Barangay Feraris here where he extended financial and burial assistance to the family of the slain OFW.
Demafelis died in Kuwait after suffering from extreme physical abuse allegedly committed by her employers. Her corpse was found kept inside a freezer, an act the President has strongly condemned and deplored.
Aside from financial aid, President Duterte also provided scholarships to Demafelis’ siblings.
The Chief Executive extended a total of P500,000 in assistance to the Demafelis family and also promised to complete the reconstruction of their house. Duterte also committed to redeem a parcel of land mortgaged by the family.
With regard to the call for justice by the Demafelis family, the President said he would leave the matter to the Kuwaiti authorities for now.
He, however, stressed that the ban on the deployment of OFWs to Kuwait will remain until the killers of Demafelis are arrested.
“It behooves upon the police of Kuwait and the Interpol, there’s a serious crime. Problema nila ‘yan. Basta ako, the ban stays,” he said.
“The only way to do that is we can have the result of the investigations kung nahuli ‘yang dalawang tao and that would allow me now to initiate charges. So by that time, in the fullness of God’s time, kung mangyari ‘yan mahuli at nademanda, doon pa ako papasok.
Until then, we’ll just have to wait and pray that they will be apprehended or arrested,” he added.
The President reiterated that he intends to expand the deployment ban to countries that have records of mistreatment of Filipino migrant workers.
He noted that the government is currently doing an audit to find out the places where OFWs are deployed and what countries have records of abuses.
“Ina-audit pa po because you have to have a list then you have to have the individual cases reported and unreported. That would be a long, long task,” he said.
A first-time overseas worker, Demafelis went abroad in May 2014 with goals of rebuilding a family home destroyed by Typhoon Yolanda, setting up a small store for her mother and send her younger sibling to college. She also wanted to redeem a piece of land owned by the family.
Demafelis was presumed to have died in 2016 after his employers, an Arab couple of Lebanese and Syrian origin, reported her missing at that time.
Her employers, who fled their rented residence in Kuwait, are considered prime suspects for her murder.
The Overseas Workers Welfare Administration (OWWA) and the Department of Foreign Affairs (DFA) worked together to bring back the remains of Demafelis, which arrived in Iloilo on February 18.
OWWA and DOLE have already extended livelihood assistance to the Demafelis family with local Iloilo officials and private individuals and organizations providing similar support.
Philippine authorities, particularly the National Bureau of Investigation, have been working with Kuwaiti authorities and the Interpol for the capture of Demafelis’ killers.
Demafelis will be laid to rest on March 3 here in Sara, Iloilo, according to her family.  PND
[espro-slider id=2414] 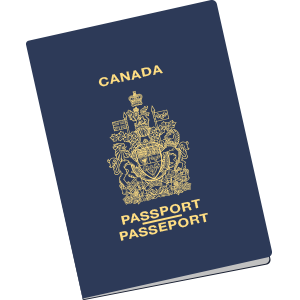 February 16, 2018 – Ottawa, ON – The Government is committed to encouraging all immigrants, including minors under 18 years of age, to acquire citizenship. To help make that easier, the fee for minors applying under subsection 5(1) of the Citizenship Act has been reduced. On June 19, 2017, the royal assent of Bill C-6 immediately brought into force a legislative amendment that removed the requirement to be 18 years old to apply for a […]