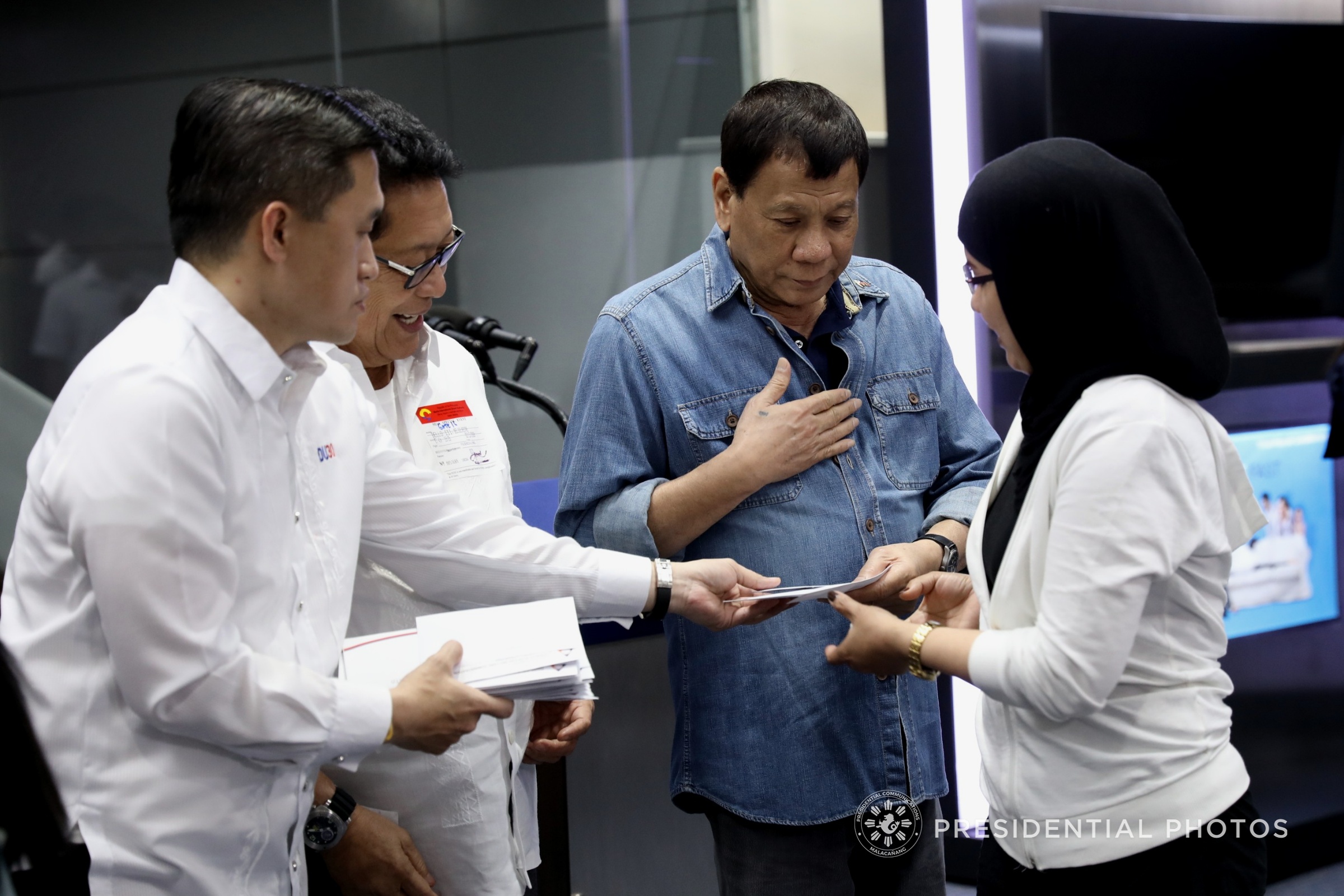 share close
email
President Rodrigo Duterte on Tuesday, February 13, welcomed around 150 overseas Filipino workers (OFWs) who were repatriated from Kuwait, promising assistance from the government and job opportunitites.
In his speech at the Ninoy Aquino International Airport (NAIA) Terminal 1, the President told newly arrived overseas Filipinos not to lose hope because his administration is ready to assist them.
“We are here to see to it that every Filipino is treated decently,” he said.
Duterte said the government is willing to give land to those who are interested in agriculture, adding that the Department of Labor and Employment (DOLE) also has livelihood program for returning OFWs.
Underscoring the necessity and urgency to act now to protect OFWs, the President assured the Filipino workers that the government has enough resources to cater to their needs as they go home.
“So huwag na kayong bumalik doon… Iyong iba naman na who had a nightmare there, better come home,” he said.
The President said the government could also look for other markets for OFWs.
He said that for instance, China is opening up for Filipino workers, particularly English teachers.
Japan is also another Asian destination for OFWs given its ageing society.
The President predicting that in the next few years, Japan will require more caregivers and nurses.
At the same time, President Duterte said that to create more jobs locally, he is beefing up efforts to encourage foreign buinesses to come to the Philippines.
Durerte meanwhile expressed his gratitude to the country’s major airlines —Philippine Airlines and Cebu Pacific — for offering their planes to the OFWs to return from Kuwait.
“I’d like to just say to Mr. Lucio Tan and the Gokongwei family, si Lance. In behalf of our countrymen—salamat po and I will remember you for all time,” the President said.
Earlier, the President announced a complete ban on OFW deployment to Kuwait after the body of an OFW was found in a freezer.
Tuesday’s event at the Ninoy Aquino International Airport (NAIA) Terminal 1 is part of the administration’s program, “Sagip-Sundo ng Pangulo #pangOFWs.”
The President was joined by DOLE Secretary Silvestre Bello III, Overseas Workers Welfare Administration (OWWA) Administrator Hans Leo Cacdac, and other officials from the DOLE, OWWA, NAIA, Civil Aviation Authority of the Philippines (CAAP), Bureau of Immigration (BI), and Department of Social Welfare and Development (DSWD).
[espro-slider id=2393] 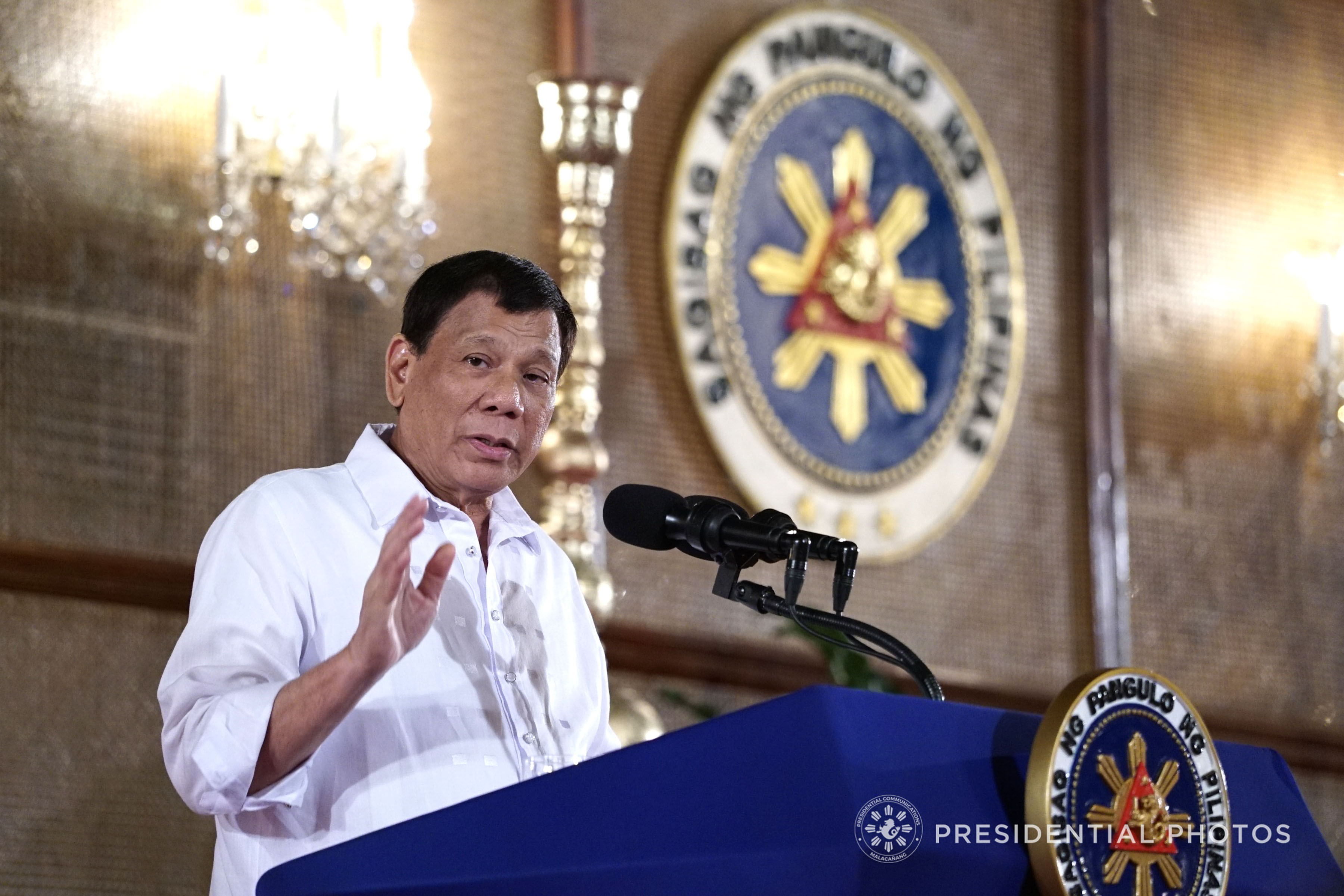 President Duterte said that he is not threatened by the complaints lodged against him before the International Criminal Court (ICC), saying that he is willing to be indicted and convicted if it means protecting the interest of the Filipino people. “Do not worry about me. I can face the ICC. If they want to indict me and convict me, fine. I will gladly do it for my country,” Duterte said […]