Toast of U.S. President Barack Obama during the state dinner in Malacañan Palace on April 29, 2014

Toast of Honorable Barack Obama, President of the United States of America:
During the state dinner

Thank you so much. Magandang gabi. [Applause]

On behalf of my delegation and myself, I want to thank you for the magnificent welcome today, and thank you for your gracious hospitality this evening.

Mr. President, I am deeply honored to receive the Order of Sikatuna. I accept it in the spirit in which it has been bestowed with the commitment to continue and to deepen the bonds between our two great nations.

To all the gentlemen here this evening, you look very good, but I think you’ll agree that the women outshine you in the vibrant colors of the Philippines. [Laughter and applause]

I’ve only been here one day but the kindness that you’ve shown me, and the extraordinary hospitality that has been extended to us, leaves us with very warm feelings and reflects, I think, the legendary spirit of the Filipino people.

I’m told that you have a word to describe this—that inner feeling at the core of the person’s being, “kalooban.” We see the spirit in a family that’s given itself to this country. There is no greater nobility than offering one’s life to the nation. And Mr. President, your father offered his life, so that this nation might be free. [Applause]

Your mother and the citizens of this great nation who took to the streets showed the world that true power lies with people. And with the canonization of Pope John Paul II, we also honor the world that the Catholic Church played in supporting the Filipino people and their desire for freedom.

Noynoy, you bear the scars of those who would have taken this nation backwards, and you carry on your family’s noble tradition of service in your commitment to the dignity and prosperity of the Filipino people.

We also see the spirit of this nation in all that you’ve overcome—colonialism and occupation, invasion and dictatorship. Yours is a fierce independence won through sacrifices and renewed with each generation.

And we saw that again this year. After Yolanda, America grieved with you and stood with you, but we were also inspired by your resilience and your determination to care for those who have been affected.

Tonight, our hearts actually grieve for some of our fellow Americans back home who have been devastated by very terrible storms and tornadoes, but we draw our strength from your example.  For even as we grieve, we know that we will recover and we will rebuild in these communities that have been affected because people will care after each other.

You bring that same strength and solidarity to our alliance. So let me say tonight on behalf of the American people, we are honored and proud to call you an ally and a friend. Through our treaty alliance, the United States has an ironclad commitment to defend you, your security and your independence.

And finally, we feel our spirit, our “kalooban” in a friendship between our peoples that expresses itself in so many ways. There is our mutual obsession with basketball. There is our mutual admiration for Manny Pacquiao—even if sometimes his fight against Americans doesn’t turn out the way we’d like. There is our shared pride in the millions of Filipino-Americans who contribute to our nation every single day.

There is one in particular I am grateful for. Cris Comerford, our executive chef at the White House. Cris was born in Manila. [Applause] She still has family here. Thanks to her we, in the White House, enjoy the occasional lumpia and adobo.

So I want to propose a toast to our gracious host, President Aquino, to the alliance that keeps us strong and free, and to the friendship between our peoples. May it always endure across the ocean and in our hearts. 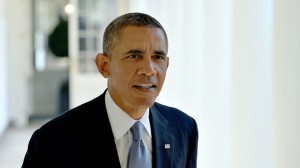 MONTREAL, April 28, 2014 / CNW Telbec / - In this day of national mourning, the CSST invites employers and workers across Canada to observe a minute of silence in tribute to those who lost their lives or were injured at work. She also took the opportunity to unveil the results of occupational accidents and occupational diseases in the last year and remember the importance of making all workplaces are safe. Note that the Quebec flag outside the headquarters of the CSST, Bourdages […]