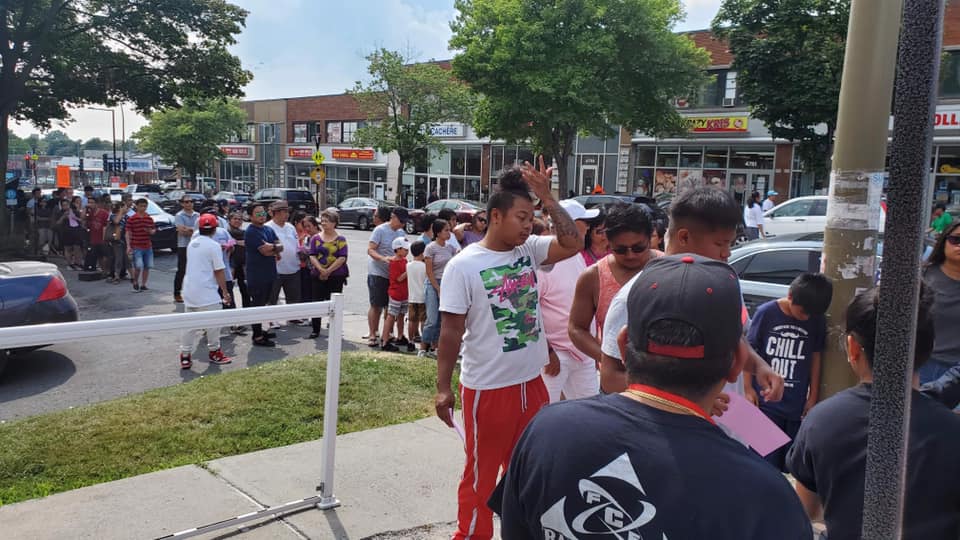 One of the most recognized Filipino organization here in Montreal has it’s the biggest event happening every two years during summer the Election of Officers. Today, July 27, 2019, is the second day of advance voting for the election of officers in one of the famous Filipino organization here in Montreal. COMELEC Chairman Pastor Glenn Opendo, the appointed person to head the Board of Election Committee, supervised the handling of voting held at the FAMAS Community Center located at Van Horne Avenue. Advance voting starts from 9:00am to 5:00 pm on Saturday and Sunday 3:00pm to 9:00pm. As what had been observed of the ongoing voting, the election runs smoothly, every voter was well guided from the entrance until the voting booth by the COMELEC staff.

There were two parties proclaimed by the COMELEC and one person runs for Independent in the Position for Press Relation Officer (PRO). The Malaya Team and Samahang Makabayan. July 16, 2019, was the start of the campaign as announced by the COMELEC Chairman. According to Pastor Glenn at the moment they hit already the three thousand registered voters now officially listed at the COMELEC Master list. Registration for membership is still going on every day until August 3, 2019, at the FAMAS Center. The final Election Day will be on August 4, 2019, from 9:00 AM- 5:00 PM.

As the usual practice by many running candidates of each party during this election days for this specific organization only, they provide free foods for all Filipinos who come out to register and vote, tents were installed across the street at the facade of the community center. The campaign is still allowed from a distance of the voting center. There were filling up of membership forms from the two parties across the street of which according to them will be submitted to the COMELEC for registration so they can vote. During our interview with the COMELEC Board Chairman, they will accept all the application, and as long as they pay their membership and FAMAS ID Card had been issued then their names will be officially entered into the voter’s Master list. A video can be viewed taken during the last day of the advance voting here at the Filipino Community Center.

Divorce and separation is a reality for many Canadians, and ensuring the family justice system can effectively respond to the needs of families in these situations is critical. That is why the Government of Canada took action by introducing Bill C-78, which modernizes and strengthens federal family laws. Today, the Government welcomed the Royal Assent of Bill C-78 following its careful review by Parliament, marking the first substantive changes to […]