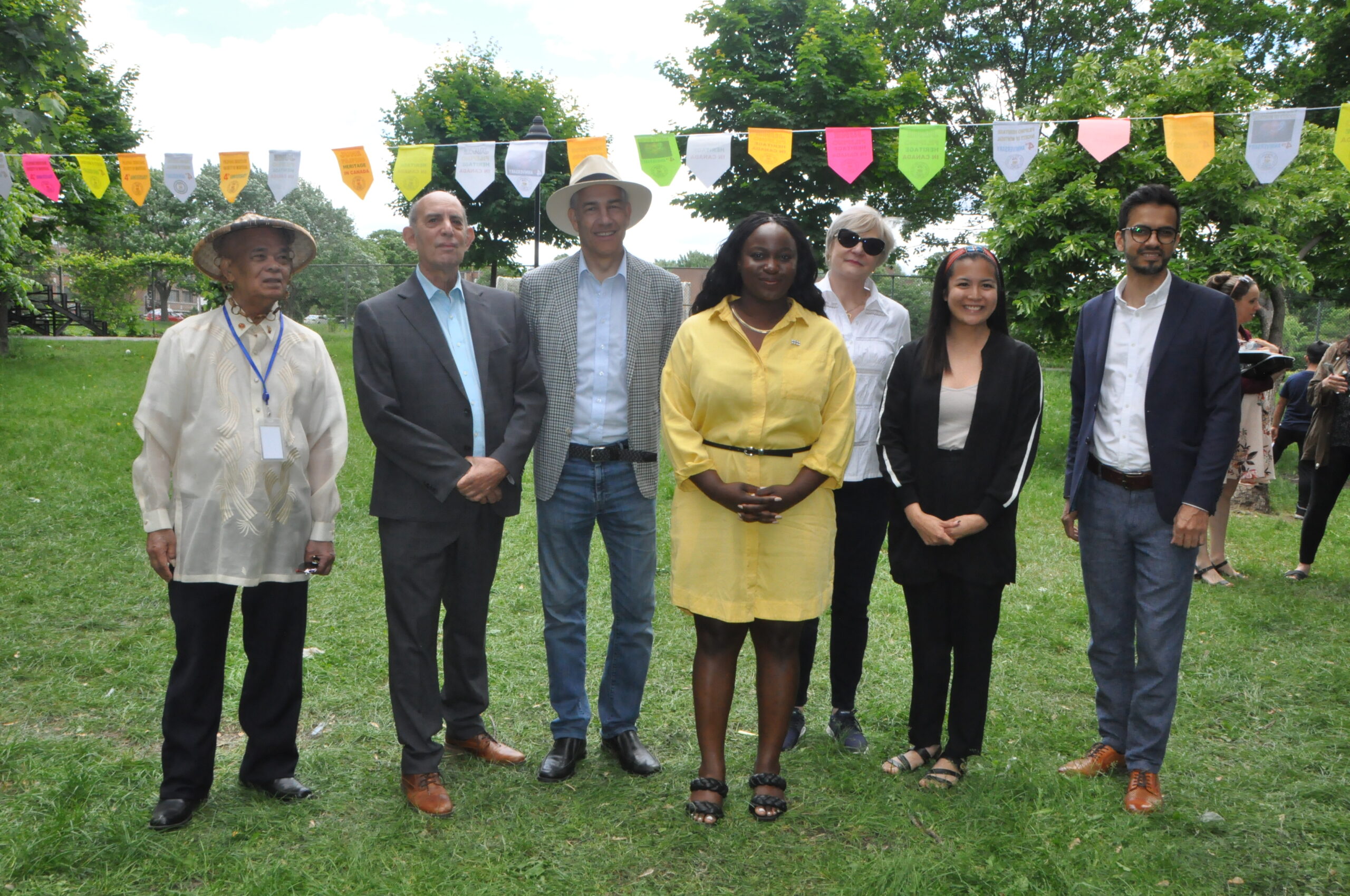 June 5, 2022 Filipino Heritage Society of Montreal (FHSM) celebrated the 5th year since the proclamation, this month of June every year not only here in the borough of Cote Des Neiges- Notre Dame De Grace. The activity was held at Place Jose Rizal, McKenzie Park, Côte-Sainte-Catherine. The program was grace by the presence of the borough Mayor Ms. Gracia Kasoki Katahwa and few city councilors Ms. Magda Popeanu of Côte-des-Neiges and Ms. Stephanie Valenzuela of Darlington District. Sameer Zuberi – Member of Parliament of Pierrefonds—Dollard is also present in the occasion and some famous political leader in Montreal was present too, like former city councilor of Snowdon Marvin Rotrand, Former MP Frank Baylis of Pierrefonds – Dollard and some Knight of Rizal Officials. Alberto “Tata Bert” Abiera is also present, the co – chairman of FHSM. 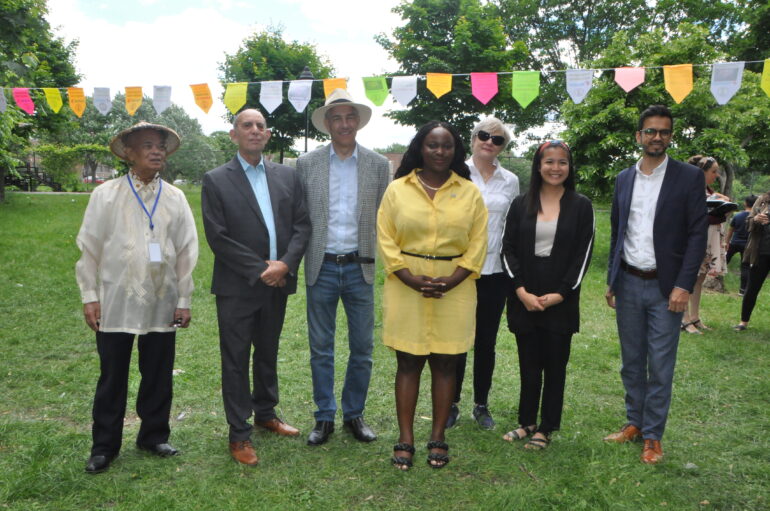 This year is the first year; the newly elected Mayor attended the event. Last year the society celebrated virtually due to Covid 19 pandemic. The program was short with only few short talks from the guest. According to the newly elected Mayor she was excited in joining Filipino activities and encourages her Filipino constituents to feel free in coming to her office. Showing joy and interest of working with the community. Mr. Rotrand also speaks informing everyone that he is currently connected to B’nai B’rith Organization appointed as Chairman of the Foundation. The former Councilor, now retired public servant, is still true to his word of being in touch with the public working in private organization expressed his sincere advocacy in human rights specially in his fight for anti racism and anti Semitism. 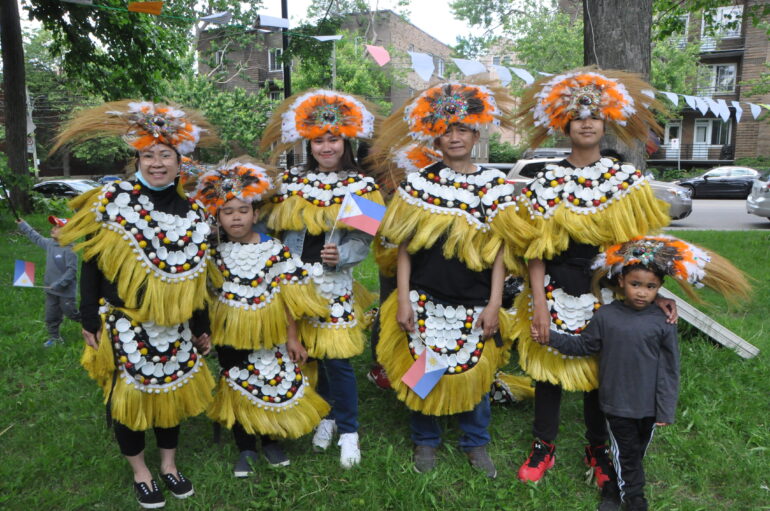 The program will not be complete if entertainment is absent. Panday Tinig Choral group rendered few songs and a short ethnic dance from the Aklanon Dance group Ati-Atihan with their colorful costumes. Children and parents actively participated in their traditional famous dance. Ms. Amy Manon-og, one of the FHSM officers, said that they encountered problem in booking the venue so that the event was conducted at McKenzie Park this year but they will also have virtual version celebration within this month. She said further, that only few were able to attend the gatherings for reason that others are still reluctant to join physical gatherings due to Covid pandemic. The activity finishes with food served and pictorials. 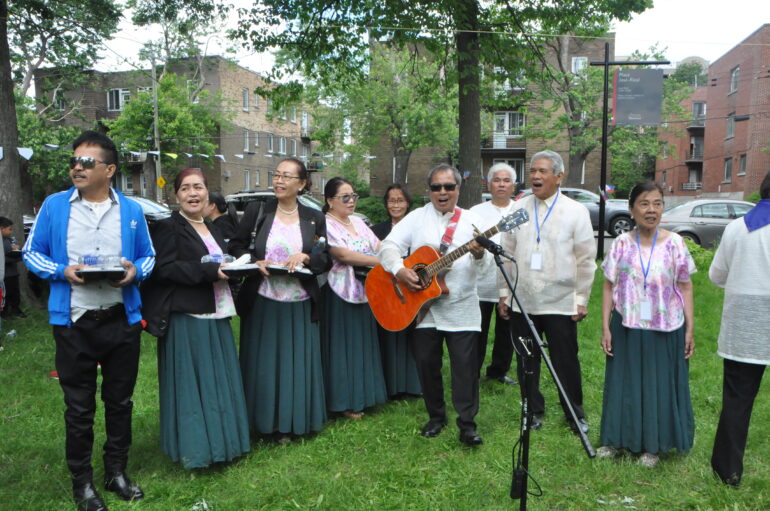 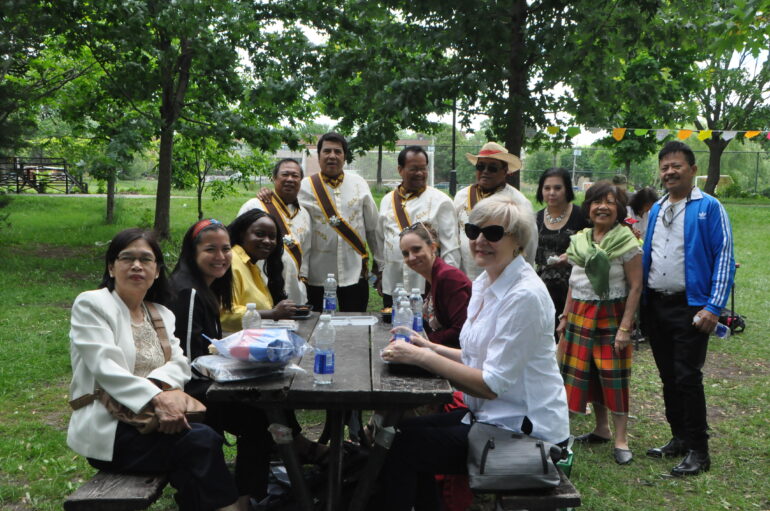