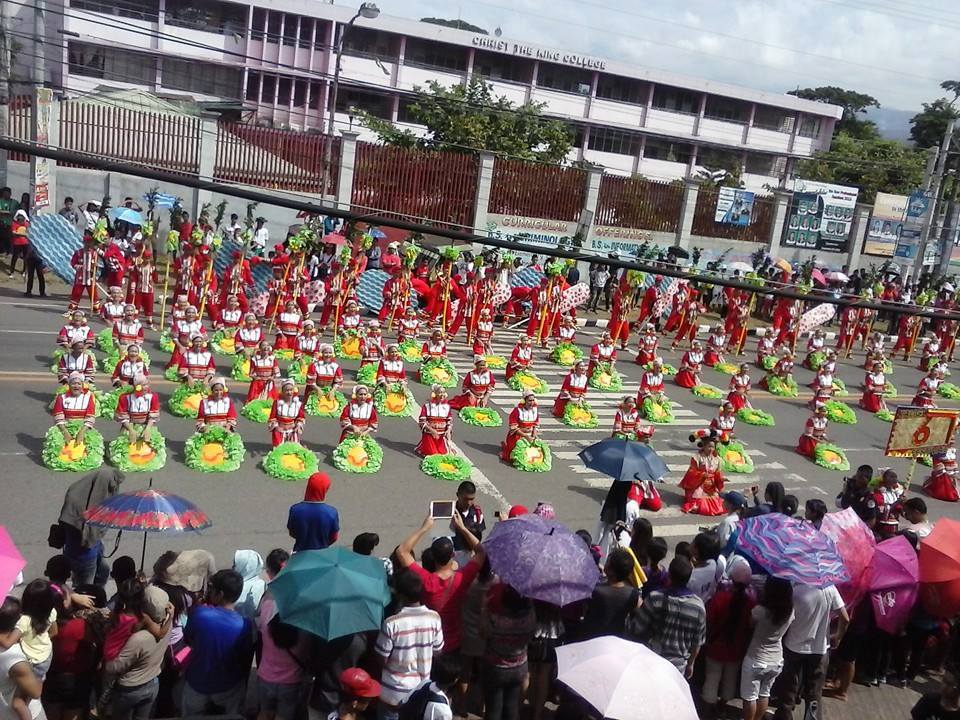 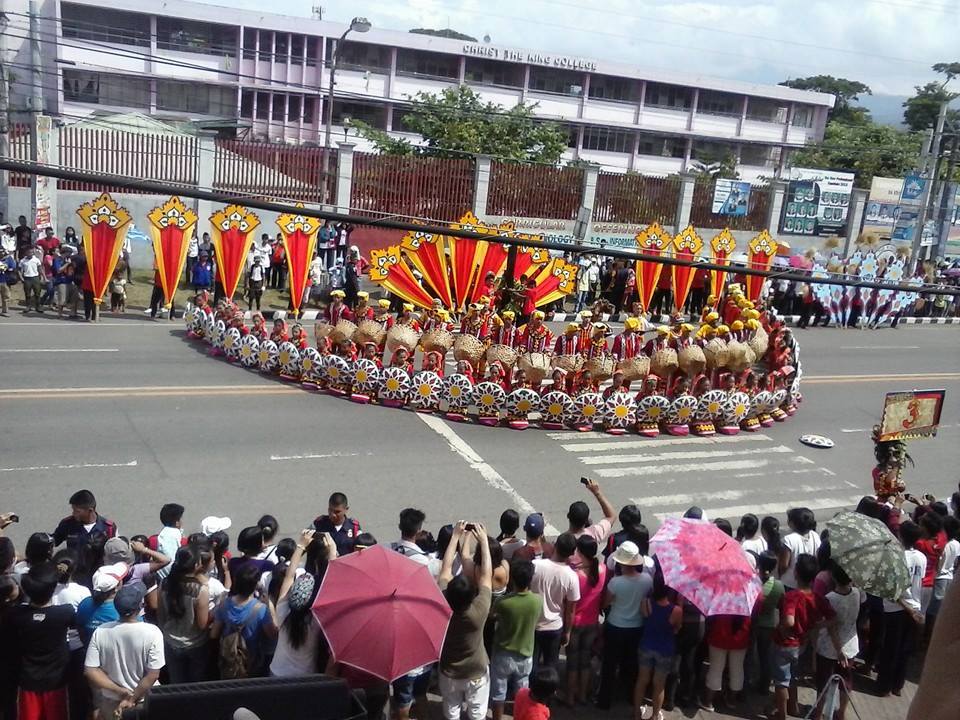 GINGOOG CITY, Misamis Oriental, Philippines (July 23, 2014) — The revelry filled the main thoroughfares with colorful tribal dances and animation of various creatures usually inhabit in a dense forest down to the seas with varying sizes magnified around a thousand times from their real forms made onlookers’ eyes glued in awe in today’s 35th Kaliga Festival on the occasion of the 54th City Charter Day Celebration, here around 800 kilometers south of Metro Manila.

Giant monkeys, butterflies flapping their glittering wings and colossal shrimps, a symbol of environmental balance, dominated the streets, dancing to and fro, smiling or even grimacing to the delight of the crowds lining on both sides of the 5-kilometer stretch of roads and highways serving as the usual parade route, here.

Along with them were the eye-catching six young men walking on their 10-foot tall slender legs of rounded tree trunk locally known as “Karang” became an instant star to the eyes of the kids and well-wishers whose smiles in their faces seemed never-ending in standstill with eyes wide open in amazement.

The Kaliga Street Dancing and Tableau Competition that commenced from the People’s Grandstand as the main converging area at 1:00 o’clock today under a burning heat of the afternoon sun, was participated by six contingents from Gingoog City Comprehensive National High school (GCCNHS), Christ the King College (CKC), Kalipay National High School (KNHS), Anakan National High School (ANHS), Gingoog Christan College (GICC) and GCC. They performed their tribal Higaonon-inspired dances in some points of the 5-kilometer parade route from the DRBCS oval ground to the following streets – Motoomull, National Highway, Rizal, Lugod, Jadol, Veterans, Dona Graciana, Integrated Bus Terminal, Baol, then back to Motoomull and to the converging area.

At the oval ground, the six contingents performed Kaliga dancing to compete each other before the judges who were overlooking at them from their sets at the People’s Grandstand, a few minutes after exhaustion on a long parade route. The six performances even reached past 6:00 0’clock in the evening and the winners of the first prize which is 50,000, second 30,000 and third 20,000 were Kalipay, Anakan and Christ the King College respectively.

The participants were so creative with their colorful props and amazing well-prepared dances for the competition being crafted by the local government under the dynamic leadership of Honorable Mayor Marie Guingona, daughter of former Philippine Vice President Tito Guingona. (LOR VILLA ENCENZO)

Job Outlook – 37,500 job vacancies in the region of Chaudière-Appalaches 2017

THETFORD MINES, QC , July 22. 2014 / CNW Telbec / - On behalf of the Minister of Employment and Social Solidarity, Mr. François Blais, Minister responsible for the Chaudière-Appalaches and Tourism Minister M me Dominique Vien , announced today ' Today the 2013-2017 employment opportunities for the region of Chaudière-Appalaches, which indicate that employment opportunities are favorable for the coming years, particularly for young people, while 37,500 jobs will be available. "Those who wish to enter the labor market over the next few years […]