The mayor of Montreal, Denis Coderre, said Monday that the record of the site of the former Hippodrome remains a priority for him. While many community groups in Côte-des-Neiges stopped him on the subject Monday morning, Mr. Coderre certify that the signing the agreement with the Quebec government so that it gives the site of […] 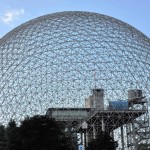 17th World Congress of Food Science and Technology & Expo  was held  here in Montreal from Aug. 17-21, 2014 . This international event happens only every 2 years in different cities of different countries. McGill University students participated and volunteered in the conference. IUFoST- World Food Congress  Conference theme this year is “Feeding the World”, […]

Business is good when collaborative effort  is going on between people who wants to achieve progress. Welcome to Montreal Canadian Chamber of Commerce of the Philippines  delegates with  Ms. Cora Dela Cruz leading the Trade Mission. Today, Aug. 17,2014 @ 5:00 Pm, a welcome conference  was held at the Community Center, 6767 Cote Des Neige, […]