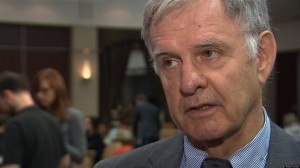 NW Telbec / – It is with shock and sadness that the Premier of Quebec, Mr. Philippe Couillard , has learned of the death of Mr. Marcel Côté, an economist and founding partner of the international consulting firm SECOR strategy and management. The Prime Minister wants to give his wife, his family and his close its deepest condolences.

“Marcel Côté was a manager, a visionary and a man of heart. I had the privilege of working with him during my time at SECOR. Affable, passionate and creative, he had a thousand and one ideas to develop the economy of Montreal, Quebec and Canada . Social engagement, cultural, political and community was remarkable. This is a great Montrealer and a great Quebecer who died. A man for whom I had great respect, great affection and admiration, “said the Prime Minister.

Mr. Marcel Côté led SECOR for over 30 years. As an economist, he specializes specifically in technology and regional development, a subject on which he has written numerous books, including most recently with Professor Roger Millercalled Innovation Reinvented , published in 2012 by Presses of University of Toronto . Including Advisor to the Prime Minister Robert Bourassa and several political personalities of Quebec and Canada . Mr. Côté has played an active role in various cultural and community organizations in Montreal.

AFP Chief to grace Gingoog City fiesta GINGOOG CITY, Philippines (May 19, 2014) --- For the first time in many decades, an Armed Forces of the Philippines (AFP) Chief of Staff will grace the Annual Fiesta Celebration, here on May 21-22, 2014 in honor of the patron St. Rita de Cascia. Gen. Emmanuel T. Bautista will fly from Metro Manila via Cagayan de Oro City to witness the various fiesta activities, here foremost of which is the grandest of its […]