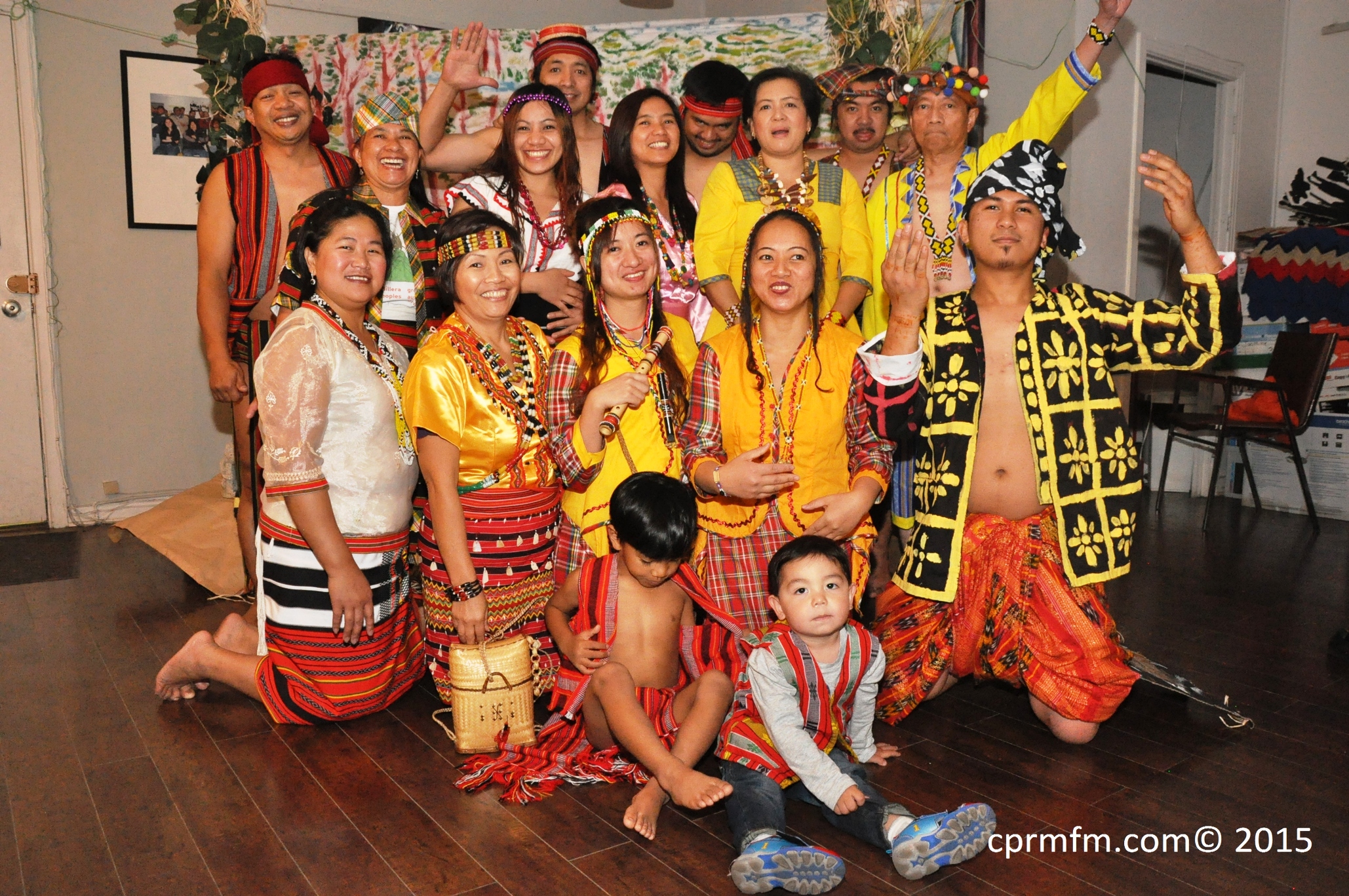 Celebrating the month of Indigenous People, month of October every year as declared by the Republic of the Philippines, a proclamation No.1906, s. 2009, of which Republic Act No. 8371, dated October 29, 1997, known as the “Indigenous Peoples Rights Act” (IPRA). In Canada, province of Quebec, a newly organized non-profit organization came to existence. A Filipino Indigenous People’s Organization in Quebec (FIPOQ).

Since April, 2015, the group had been active in the community and gradually realized its goal. Celebrating Cordillera Day at the Cote-Des-Neiges Community Center, 6767 CDN Montreal QC, H3S2T6. The celebration was participated by Wenawac Community thru Mr. Allain Prenoveau and guest speaker Dr. Chandu Claver, the Bayan Canada Chairperson. KAIROS Canada presented a Blanket Exercise Activity. An activity showing the story of history of Canada, being told in different way not taught in the school. 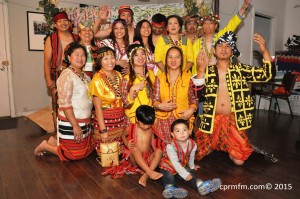 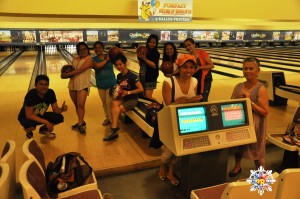 The following month of May 30 – June 1, 2015, FIPOQ attended KAIROS in Ottawa Truth and reconciliation conference. In summer, starting month of July, the group was invited to join the Kahnawake 25th anniversary of Pow Wow where many indigenous Indian group of Canada gathered together to remember the struggle of the past decades among first nations here in Oka, Quebec. By Aug. 2, 2015, FIPOQ join the Nuestra Americana Parade in Montreal. A parade participated by multi-cultural group from different countries and presented the Mindanao and Cordillera Province cultural dance showing advocacy for preservation of wild life and the environment and resistance against corporate mining. In the middle of summer, the group conducted some fund raising activities to support many activities of the organization. Bowling sports, blue berries and vegetables picking and swimming in St. Sauveur and garage sale was done. Each members and invited friends joined these activities. 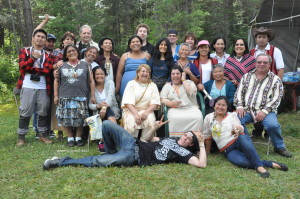 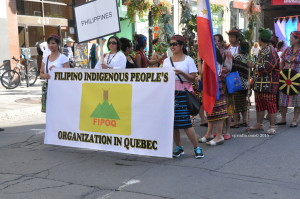 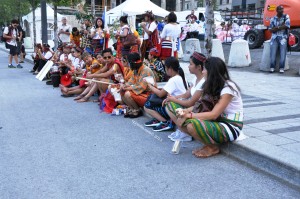 Filipinos here in Montreal from Mountain Province and Cordillera annually gathered for the Kanyaw Festivities. FIPOQ presented a Mindanao ethnic dance which incorporate their advocacy of saving the wild life and environment, resistance against corporate mining and the recent issue of indigenous people killings and displacement in the Philippines. In Sept. 4,2015, The Cordillera Connection base in UK launched their expansion here in Montreal, The recent elected officers requested assistance from FIPOQ to lead the cultural show for the entertainment. In this event FIPOQ again got the chance to bring awareness to the public of various problems and issues in the Philippines and other indigenous group. These recent issues of displacement and the killings of some ethnic community leaders in Mindanao and the affected families of those corporate mining in the different provinces of the country made this cause oriented group to keep on going making public awareness and support to save these vulnerable sector of the society. Last Sept. 12, 2015, the International League of Peoples’ Struggle in Montreal invited FIPOQ to present an ethnic presentation showing advocacies on issues.

During the International Women’s Day celebration, Ms. Agnes Calgo, one of the core group organizer, was invited to talk about the issue on impact of large mining projects in her region in the Philippines and the historic struggles of women to protect their home and sources of life. Women of diverse origin in Montreal and few men, supporter for women’s issues gathered for a forum at the University of Quebec in Montreal at St. Catherine East .

Celebrating the IP Month with this theme “Pag-alabin ang Diwa ng Pagtatanggol sa Lupa, Buhay at Kalikasan.” (Inflame the Spirit of Defending the Land, Life and Nature). Each Filipino are encourage to pay respect and be responsible and taking care and preserving Mother Earth. Before and after the month , this indigenous group here in Montreal Quebec will continue to protect, defend the land, life and nature for this is the reason why the group aim to exist. 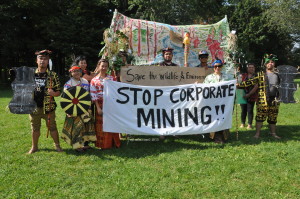 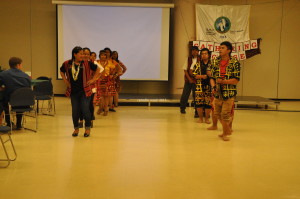 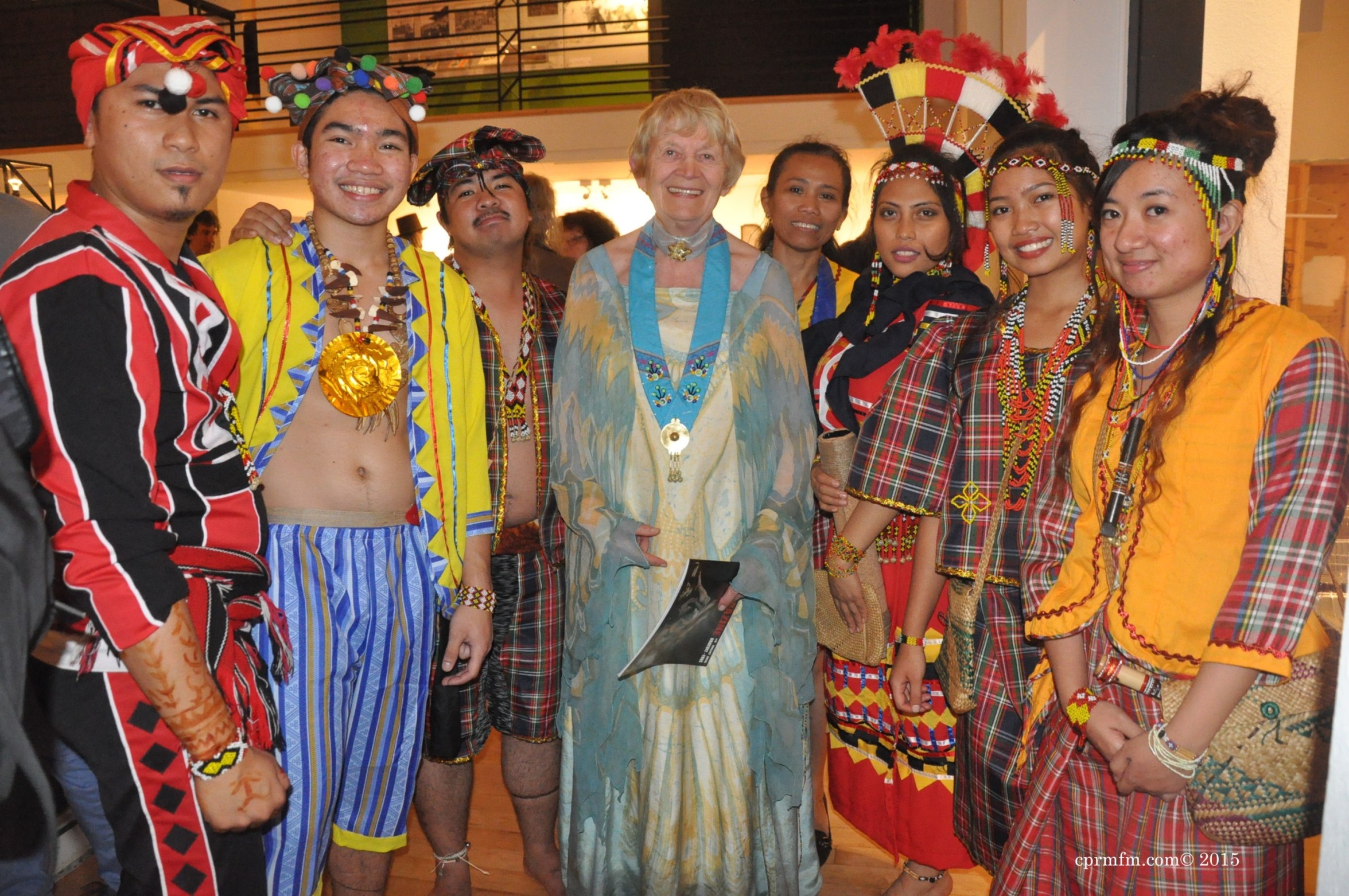 Congratulation! and Big salute to our young Filipino Cultural and Environmental advocates in Montreal for their very successful Mindanao Ethnic presentation today at the Ecomuseum du Fier-Monde at 2050 Amherst St., Montreal, Quebec Ms.Brigid Marlin now 83 years old graced the opening day. Ms. Marlin was famous for her painting "The Rod" which is a limited edition. And she is also the founder of Canadian Society For Art Of Imagination. […]