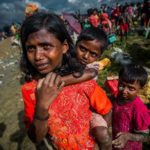 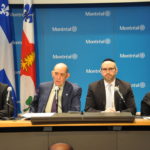 Today a press conference was called by the City Councillors of Snowdon and Darlington together with the Coalition of organizations in Montreal. Councillors Marvin Rotrand of Snowdon and Lionel Perez of Darlington calls for the support from the public and calling the attention of the city administration lead by Mayor Valerie Plant to have an […] 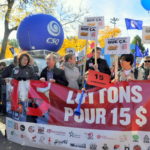 Magandang Umaga, Magandang hapon po sa lahat ng mga mamamayan dito sa Montreal at sa buong mundo. Good morning, good afternoon to all Montrealers and so with those watching this video around the globe.This is Lady Explorer of Canadian Pinoy Radio Montreal.   It’s been a while workers here in Montreal had been claiming for […] 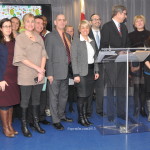 The Côte-des-Neiges—Notre-Dame-de-Grâce (CDN—NDG) Borough is proposing to amend and add sections to the urban planning by-law and the By-law concerning occupancy certificates and certain permits. These amendments will have direct effects on land use across borough territory and indirect effects on the health and overall well-being of its population. Presentation of a health by-law, at […] 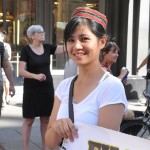 Canada’s currency should reflect the contributions of women to our society Montreal, August 11, 2015 – Marvin Rotrand, Councillor Snowdon, intends to file a motion in favor of greater representation of women in Canadian currency at the City Council meeting scheduled for 17 August. Mr. Rotrand is supported by several Montreal elected officials, including […] 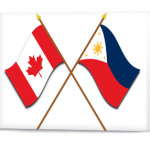 Prime Minister Stephen Harper and Benigno Aquino III, President of the Philippines, today announced new initiatives that will further strengthen relations between Canada and the Philippines. The announcement was made at an event in Ottawa on Parliament Hill during President Aquino’s State visit to Canada from May 7 to 9, 2015, which includes stops in […]

The mayor of Montreal, Denis Coderre, said Monday that the record of the site of the former Hippodrome remains a priority for him. While many community groups in Côte-des-Neiges stopped him on the subject Monday morning, Mr. Coderre certify that the signing the agreement with the Quebec government so that it gives the site of […]

17th World Congress of Food Science and Technology & Expo  was held  here in Montreal from Aug. 17-21, 2014 . This international event happens only every 2 years in different cities of different countries. McGill University students participated and volunteered in the conference. IUFoST- World Food Congress  Conference theme this year is “Feeding the World”, […]

Business is good when collaborative effort  is going on between people who wants to achieve progress. Welcome to Montreal Canadian Chamber of Commerce of the Philippines  delegates with  Ms. Cora Dela Cruz leading the Trade Mission. Today, Aug. 17,2014 @ 5:00 Pm, a welcome conference  was held at the Community Center, 6767 Cote Des Neige, […]